I'm A Sherpa. For me, mountaineering is a way of life 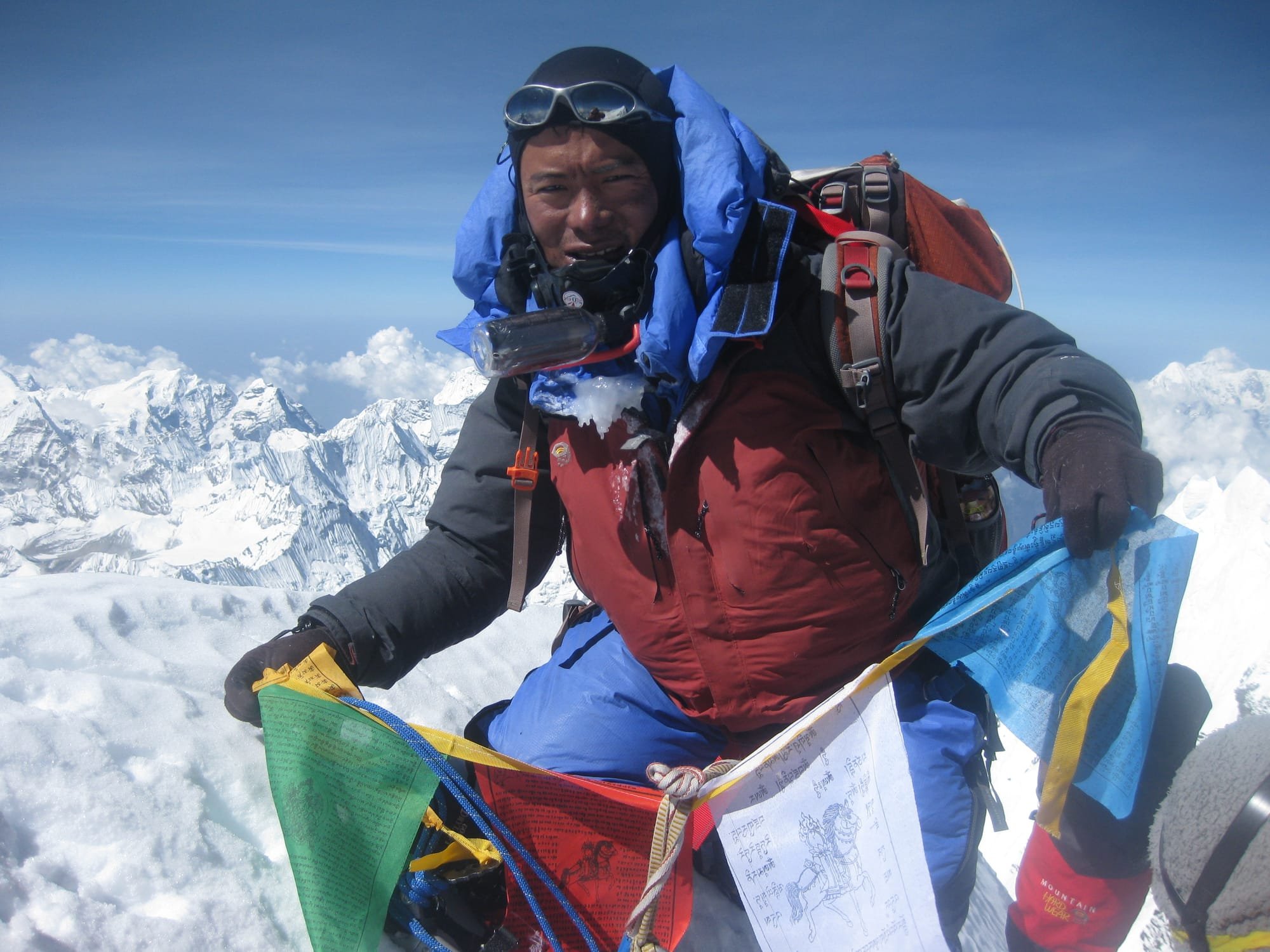 I'm A Sherpa. For me, mountaineering is a way of life

Among my people, mountaineering is not a profession, but an innate need. I started climbing when I was 15. This was my dream since childhood, and an important step towards it was to enter the Institute of Mountaineering in Darjeeling. At that time, the Institute was run by Nawang Gombu, a Guinness world record holder, a representative of the old school of mountaineering and a follower of very strict rules. We diligently studied both theory and practice, ran marathons, made training ascents, and learned to hit hooks. We are also learned rescue techniques.

After the Institute, I lived in India and worked in the Indian army expeditions as a climbing guide. In a short time, I have visited various technically difficult peaks in India, and my dream was to climb the eight-thousandth mountain

In 2006, I came to Nepal to climb Lhotse. I was invited to this expedition by my cousin Sanu Sherpa, who was the senior guide of Kim Megon's Korean expedition. Now we are friends with families. My wife, Oksana, knows both Sanu and Kim very well. She has climbed the eight-thousand-meter mountains with them many times.

Lhotse was supposed to be my first eight-thousand. We had three guides and three Korean participants. I was Kim's personal guide, and he is a very strong climber. He decided to climb to Lhotse without oxygen, and I joined his style. I was in very good physical shape and strongly motivated for the maximum program. 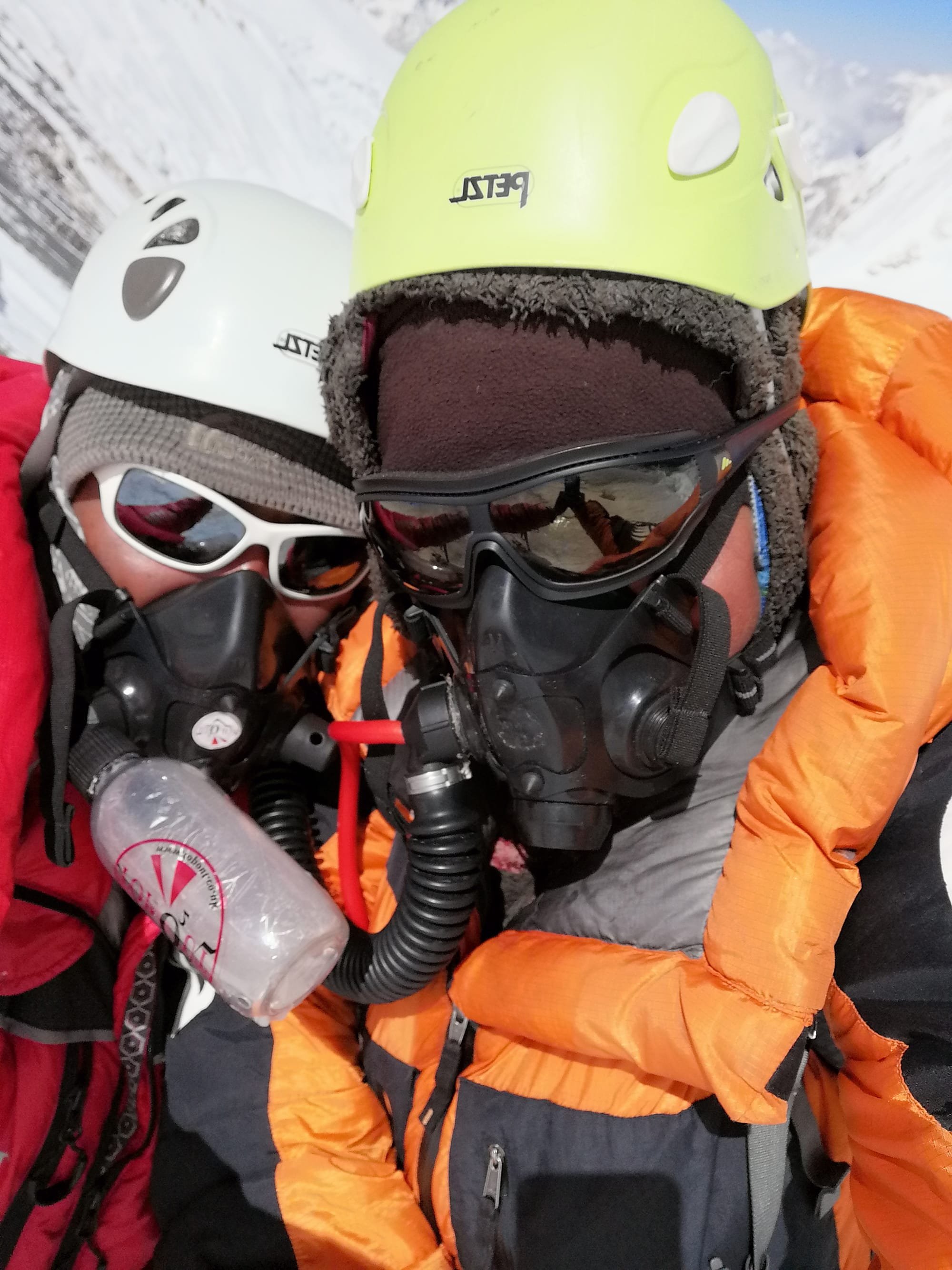 Mountaineering is my life. The eight-thousandth was my dream – something that is absolutely necessary to do. It was the extreme heights that attracted me.

Kim and I made two acclimatization rotation and brought up the necessary equipment. The third rotation was an assault

We didn't have many things, since we didn't carry oxygen equipment with us. We went up from base camp to the Camp 2. The weather was bad, with constant snowfall, but the wind was at zero. We were well trained, so we didn't pay attention to the weather conditions. From camp 2 the next day we went up to camp 3, and the next day we went out for the final summit push. We were waiting for an unpleasant discovery: there were no rope in the pre-summit lobby of the Genevese.

In our team, only Kim and I were without oxygen. All-together, our team carried around 600 meters of rope. But this was not enough: the couloir needed about two kilometers. Therefore, we attached the fixed rope only in key places – where Oksana in 2018 and 2019 climbed with a leg jumar.

We left camp 4 at 8 PM, the ascent took 13 hours. At 9 am we were standing on the top. This was my first eight-thousandth! I was happy. I'll tell you:  It's an extraordinary feeling, standing on an eight-thousand-meter summit, especially for the first time!

From the top, there were stunning views of Makalu and Everest. I stood absorbed in the grandeur of these highest mountains of the world. In these minutes, I had a new dream: to visit all 14 eight-thousand-meters. I really wanted this beautiful moment to be repeated again and again. 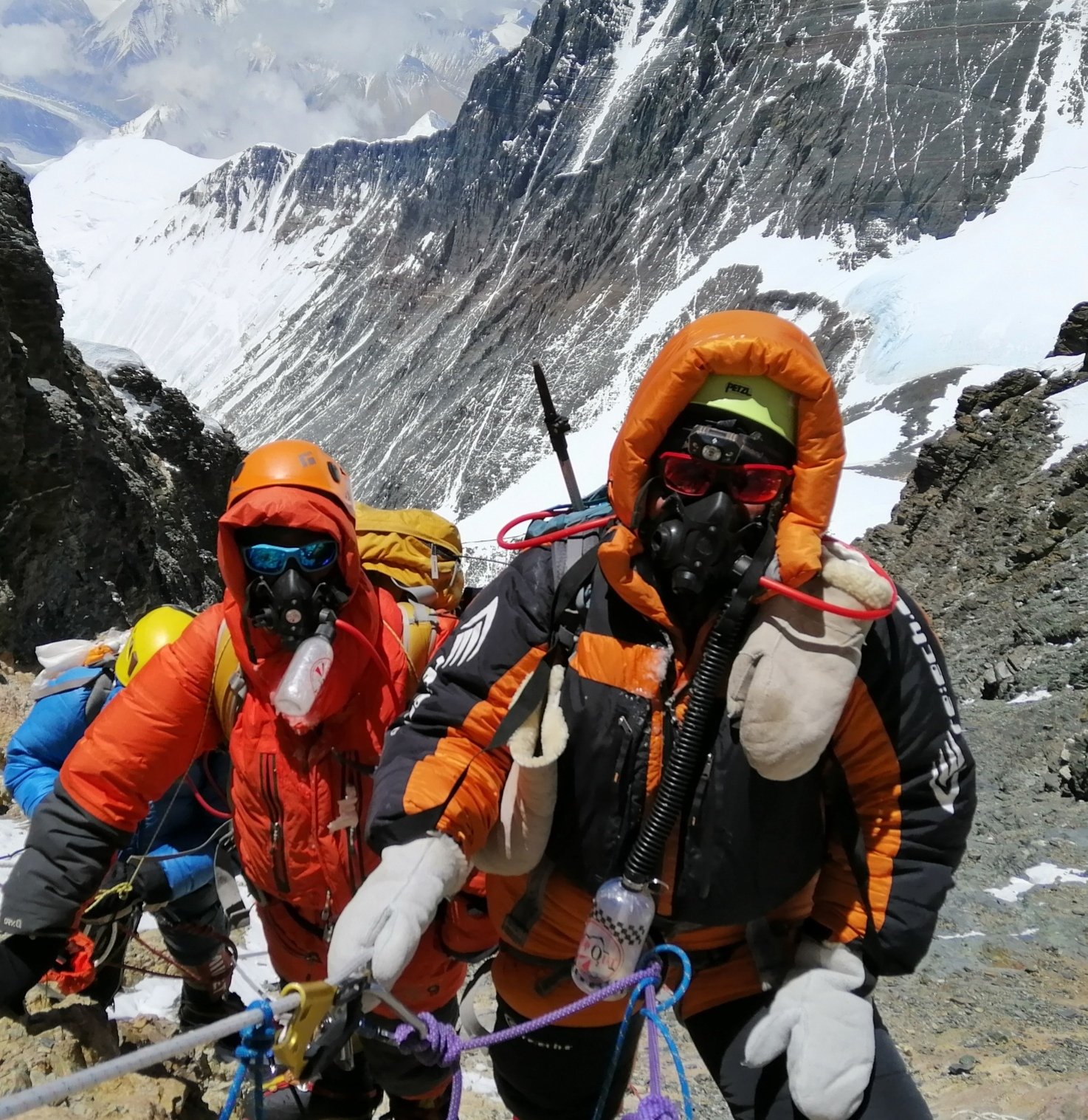 On the descent, I began to feel ill, as I was walking without oxygen. In the lobby, I fell, but fortunately I was able to stop the fall myself. By 3 p.m. we were back at camp 4. Without oxygen, my body refused to work, every movement was difficult. On the same day, we decided to go down to camp 3, and next day immediately returned to the base camp.

After that, I summited mt Lhotse 4 more times: a total of 5 times.

After 4 days of rest in the base camp, I went back to climbing: this time on Everest. This time the company gave me oxygen and I didn't show any signs of illness. 20 may 2006 at 7 a.m. we are with Korean members climbed to the top of Everest. They were members of the same expedition. Everything was great on this ascent, the weather was good, and we went down to camp 2 on the same day, and the next day to base camp. This was my first Everest.

Since then, I have been to the top of mount Everest 9 times, but neither my love for mountaineering nor my desire for the ultimate height has weakened. It's a way of life.